Besides, IT administrators can control the access rights of each user to different folders, preventing unauthorized access to important files.

Qsync is especially useful for frequent travelers to manage files and always have the most updated files on different devices. Qsync provides multiple ways of file synchronization and group file sharing, greatly enhancing the flexibility of collaboration.

It supports real-time monitoring, video and audio recording and playback with flexible options to customize. NAS systems are networked appliances which contain one or more hard drives, often arranged into logical, redundant storage containers or RAID.

Network-attached storage removes the responsibility of file serving from other servers on the network. A list of buttons is provided on the left side of each individual VM display, allowing users to suspend, shutdown, force shutdown, reset, bring up key combinations incl.

The administrators will enjoy extreme flexibility in arranging IT resources across machines. Easily back up and restore VM Virtualization Station provides a clear overview of all the processing and scheduled tasks for VM backup and restoration.

You can manually activate or stop tasks, schedule backup and set the maximum number of backup versions for optimized storage utilization. Virtualization Station allows you to back up active VMs without shutting them down, and snapshots of original QNAP SS-EC1279U-SAS-RP Turbo NAS QTS can also be kept to be rolled back to any point of time even after restoring the VMs.

The VM backup can be directly activated, greatly reducing downtime and making VM restoration as fast and easy as creating a new VM. Digital videos can be quickly stored and edited on the Turbo NAS directly QNAP SS-EC1279U-SAS-RP Turbo NAS QTS the network. When providing QNAP storage to a Windows file server, the end user using Windows 8 client workstation will also benefit from the Offloaded copy process for large file transfers. 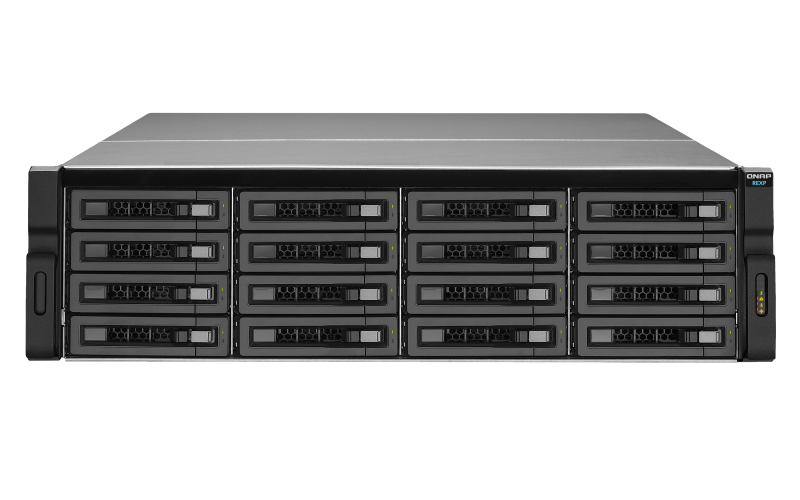 The status and health of the enclosures can be monitored via the web-based management interface of the Turbo NAS.