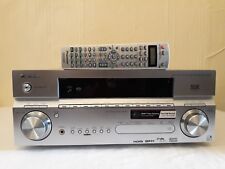 Equipment The Pioneer VSX is a seven-channel receiver with support for, well, precisely seven channels. Five of the channels are fixed in application: Then Pioneer VSX-930-S A/V Receiver last two amps can be switched between two sets of output terminals. The other can be set to drive a separate pair of front stereo speakers, or the 'height' speakers for a Dolby Atmos configuration. As you can see, ignoring the extra functions, you can have a 7.

There are no line-level outputs for additional options, aside, of course, from the Pioneer VSX-930-S A/V Receiver outputs. Pioneer rates each of the seven amplifiers at W of output into eight ohms across the full audio bandwidth at miniscule levels of distortion. However it does make clear that only speakers with nominal impedances of between 6 and 16 ohms are suitable for use with the receiver.

So that rules it out, in terms of your warranty if not actual operation, for those who seek a receiver to go with their favourite four-ohmers. The connectivity has been pared back to the essentials. 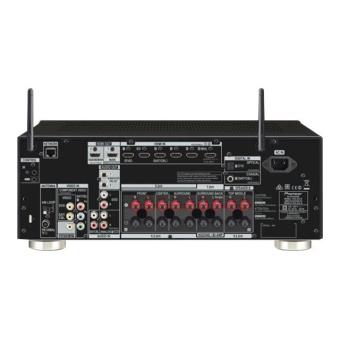 There are also two HDMI outputs, one of which can be set to feed a separate zone. There's a composite video input and output Pioneer VSX-930-S A/V Receiver a component video input but no output — this is converted to digital format.

On the audio side there are only one each of Pioneer VSX-930-S A/V Receiver and coaxial digital audio inputs, along with three stereo audio inputs. And then there's USB on the front panel, and networking via either the Ethernet on the rear panel, or via its pair of Wi-Fi antennas.

And, heh, it's dual-band Wi-Fi! Most brands are stuck in the crowded 2. Also built in is Bluetooth.

An infrared remote control is provided. This has plenty of dedicated keys and can control other equipment, either via the entry of codes or by learning commands from other remotes.

It runs through a ten-step process, not just doing the normal size, distance and EQ adjustments, but chasing down standing waves and adjusting the phase across the frequency range Pioneer VSX-930-S A/V Receiver correct timing errors in speakers. Allow a good five minutes for the whole thing to run, and do be aware that it's going to be loud! Unfortunately the results were a touch problematic on our main system.

It set all our loudspeakers to 'Large, including the ceiling speakers. These are probably competent to perhaps 80Hz, but certainly not into the deep bass. 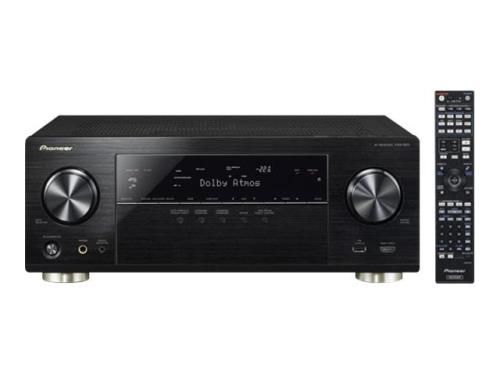 We tried just changing them all to 'Small' and set the crossover there is only one for all the 'Small' speakers, which is somewhat limiting to 80Hz. But that left the bass with stereo music way, way too hot, over ten decibels according to our calibration tests.

There is also a kind of semi-auto calibration system where you can set the speaker sizes and the crossover manually and have the receiver do the rest. So we re-ran that, but still the subwoofer was much too high in level. Turning it down manually would also take down the LFE, which was at the right level. In the end, we stuck with large front speakers. As always, we must note that you should make sure that for any serious Pioneer VSX-930-S A/V Receiver of the wide range of network music sources you switch off 'Sound Retriever', which claims to somehow recover stuff thrown away during lossy compression.

Meanwhile, we had to say that we were impressed with the audio performance of our more traditional material, such as CDs and Blu-ray discs. All our speakers were rated at six ohms Pioneer VSX-930-S A/V Receiver above so there were no fears on the compatibility front.

The receiver drove them to wonderfully high volume levels with some of our more exciting movie soundtracks.