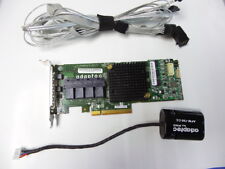 As of this writing, the following processors are supported: Generally, drivers that already function correctly on other bit platforms should work. Due to the wide range of hardware available for this architecture, it is impossible to exhaustively list all combinations of equipment supported by FreeBSD. Nevertheless, some general guidelines are presented here.

There is a wide variety of motherboards available for this architecture. Perusal of the archives of the FreeBSD symmetric multiprocessing mailing list may yield some clues.

The default FreeBSD scheduler recognizes processor topology on the system and selects logical and physical processors to obtain optimal performance. Specify WT at the end, this stands for Write Through, which is the same thing as disabling the write cache all together.

To test this I used the following server: Using a file size of 8GB and running the test for seconds, or 5 minutes. Thu Apr 7 This can reduce performance pretty significantly, at least that's what I've seen in my tests. I would suggest seeing for yourself and run some benchmarks to see what cache mode works best for your environment. Typically you can only choose Write Through, or Write Back caching, choose Write Through caching which is basically the same as disabling the cache. This can take some time depending on the amount of drives and the condition of the array. Adaptec runs the consistency check in the background, but I would still expect slightly slower response times while this consistency check is running so make sure you don't schedule this too frequently. 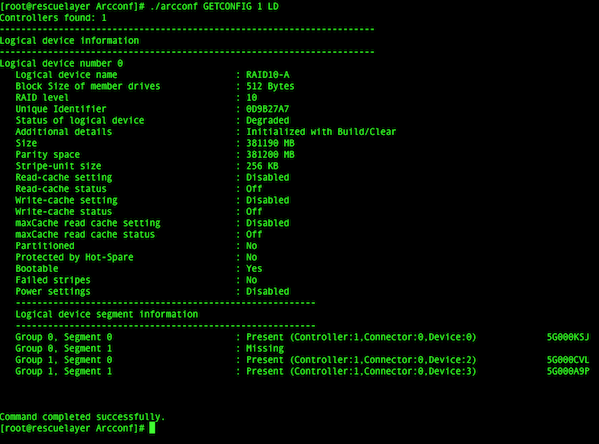 This should display per drive health stats and life left. This scan can take 10 minutes or more if you have tons of drives in the RAID array so make sure you plan for this before telling arcconf to rescan all the things. You can also specify where to create a log of this event in case something fails during the save of your configuration.

Generally speaking you want to leave this setting at it's default value which should be enabled. For the most part the dynamic mode does a good job.