I directed a music video teaser shoot the other day, and a few days before it, my camera operator told me he's found, "Magic Lantern" firmware upgrade for his. The D50 was never meant to record video. But thanks to the almost unbelievable ingenuity of the Magic Lantern wizards, it does, and does it. Sorry about the ad guys I didn't put that. Anyways, the EOS M is a great little camera but it can be made much. 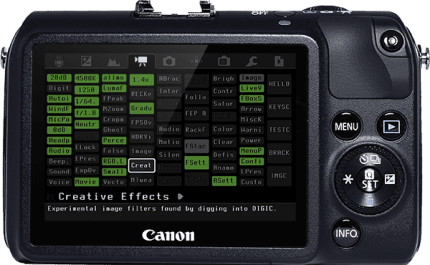 Moving on a few years, we're taking a thing which is not a video camera and making it into one using free software. Now, the 50D is a significantly imperfect video camera, lacking any form of audio handling - there is no microphone - although this may be a non-issue on productions using dual system sound Canon EOSM Magic Lantern there is, of course, also no timecode provision.

There's also the rather more tricky problem of aliasing, which I should probably talk about in a separate article given the amount of mailbag the subject generates. Objections to the early Canon Canon EOSM Magic Lantern as video cameras mainly revolved around this concern and that of the h. EOS 5D Magic Lantern-enabled footage The codec issue has been quite effectively solved by Magic Lantern, whose research into the inner workings of the Canon EOS range revealed a way to dump the raw image data for each frame to the compact flash card, prior to compression, providing high-bit-depth raw recording which has produced some really staggeringly nice results on the 5D Mk.

Sadly, however, there can be no software fix for the aliasing issues of older cameras, which are caused by design decisions now baked into the silicon of the sensor itself. You could buy a 5D Mk. 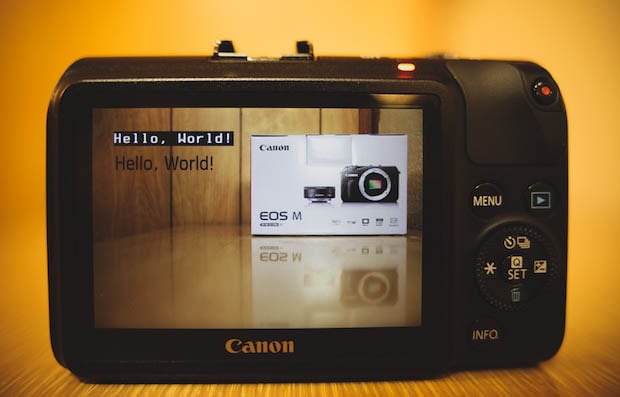 What can I do to help? If you're a programmer skilled in ARM assembly, embedded systems, GUI programming and don't mind risking your expensive camera, get the source codejoin the forumedit the wiki and make improvements.

Where do I report bugs? For general tech-support, join the forum. For bugs and enhancement requests, use the issue tracker.

Why not just buy a video camera? There are Canon EOSM Magic Lantern to shooting Canon EOSM Magic Lantern on a 5D Mark II, notably the limited 12 minute recording time and lack of balanced audio inputs, but a ArriCam Lite only records 5 minutes of Super 35 and a high quality preamp like the juicedLink CX provides balanced inputs. The lack of auto-focus in movie mode isn't a problem either -- movies are focused manually with a follow-focus like the Cinevate Durus. Will it work on my camera?

If your camera is not listed on the nightly builds page, the short answer is: Canon EOSM Magic Lantern CHDK project successfully supports many different cameras running different operating systems, but finding the necessary kernel entry points is a very time consuming process. Since Magic Lantern is publicly available, someone with the time, the hardware and the inclination to port it to other cameras can do so.

For D, use plus. The 40D, D, D and 5Dmk1 are similar in hardware, but they run vxWorks and would be lots of effort to support.

It may be easier to port plus instead. This is a completely different bit of hardware and would require an entire from-scratch reverse engineering effort in order to port Magic Lantern. For Nikon cameras see http: