I don't have any performance test software but there are many youtube videos and spreadsheets online. Setting this board up: This is where the stars start to suffer.

I could not get my HD to boot, nor was I able to get my hard drive to get into windows. The hard drive issue was my fault and I'll explain in a bit. This motherboard is easy to install, the manual is decent but doesn't contain the kind of detail that I would prefer knowing.

However, specifics can be found online if you search for it. This motherboard requires you to find the bios updates online first before you install it because if you install newer parts like my HDit won't support it out of the box and as a result, it won't recognize the card. To do this, download the official bios from their website, extract the file onto a USB and then pop Asus M5A99FX PRO R2.0 AMD AHCI/RAID into the back of the computer where it tells you to.

You will need an older video card to do this!! Once you're in the bios, you can click on advanced options, and then somewhere it will say something like flash boot, and then you can load it from there. This mobo is hard to mess up from what I read due to all the fail safes.

The thing that upsets me the most: While I can now use my videocard on here, Asus M5A99FX PRO R2.0 AMD AHCI/RAID older PCIe cards seem to work on lane 1. I have to use the second lane for my giant beast of a card, and I was contemplating on whether or not I should get a secondary HD and use crossfire, but one would wonder if it's even possible since PCIe lane 1 doesn't work Asus M5A99FX PRO R2.0 AMD AHCI/RAID it.

Because I did switch to the second lane, I can't use any other slots such as the PCI lane for my wifi card. Thankfully I don't need to use wifi with my setup but I'd imagine for someone else, this could be a real dealbreaker. I might contact ASUS but their customer service is one of the worst, which is why I didn't bother with getting the sabertooth in the event that something didn't work.

It reports their status as good and shows them assigned to the array. It all seems pretty simple.

Here's where the problems start. I see the three individual disks. I've tried every combination of options in the BIOS to no avail.

I even tried switching them to JBOD. I saw one drive available with 2 recommended partitions. I'm still seeing 3 blasted drives. 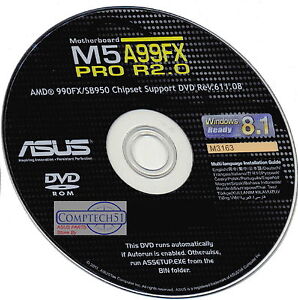 I tried flashing the BIOS to the latest version. That was nearly a disaster.

The latest version I think freezes when you try to save the settings. I was able to back it down a version, which was still a version newer than what the board came with.